Bona Fide Determinations: What Does It Mean, and How Does It Work? 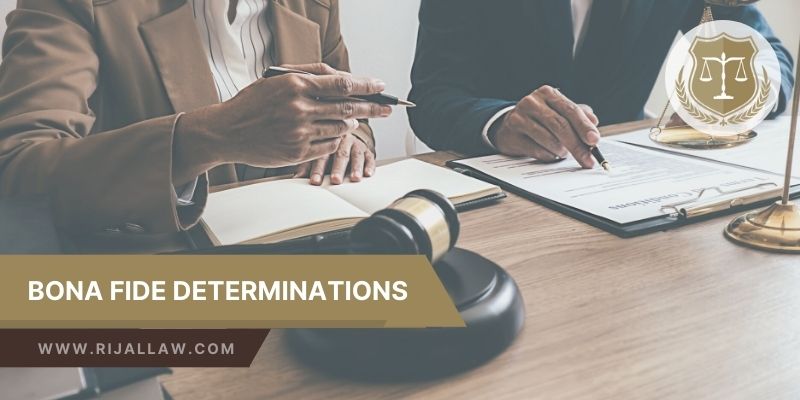 In June 2021, USCIS announced very significant changes to the way employment authorizations (also known as EADs) are handled for noncitizens with a pending I-918 immigration petition or application:

This has generated countless questions and concerns from clients who are unsure about what this change can potentially mean for them. A lack of communication and clarity on the part of USCIS’ public-facing channels has added to this general sense of confusion.

So as to better understand what exactly this change could potentially mean for you, let’s start with asking what USCIS actually means by ‘bona fide’.

Per the USCIS Policy Manual (Chapter 5), the general meaning of bona fide is provided as “made in good faith; without fraud or deceit.” As a matter of practicality, this means that a petition can be considered bona fide on the basis of the initial evidence provided (if it meets the petitioning requirements) and upon the successful completion of any background checks conducted. Since these two ‘checkboxes’ are usually considered in the earlier stages of an application’s consideration, the underlying hope is that through this refined process many pending petitions may receive their work authorization much sooner than they would otherwise.

Now, let us look at some specifics. 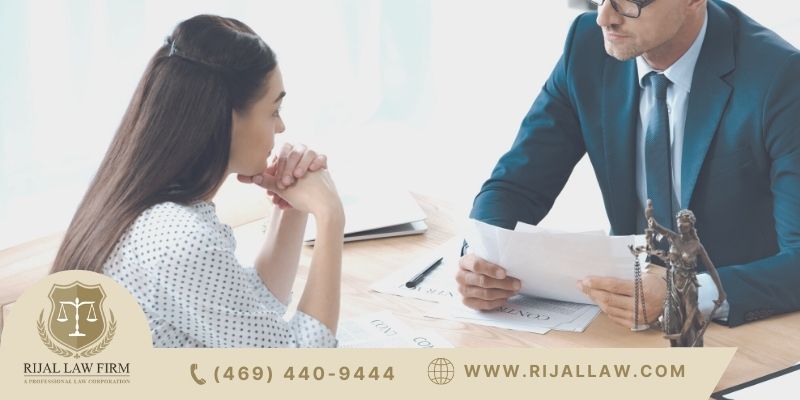 In order to receive a bona fide determination, the principal petitioner must satisfy these two major requirements (as noted just above): the initial evidence required, and a successful background check.

For the initial evidence requirement, that includes:

One other thing to note here is that an I-192 (Advance Permission to Enter as a Nonimmigrant) is not required, as the lengthy adjudication process involved for that would not be compatible with the intention of speeding up the overall process here.

For the question of background check:

More issues exist when considering qualifying family members. Family members are not guaranteed a BFD EAD just because the principal petitioner has received one. There are four primary requirements for a family member to be proven as qualifying:

It is important to keep in mind that just because an application is determined to be bona fide, it does not guarantee that the requested work authorization benefit will be ultimately granted. USCIS, as part of its statutory duties, still must consider every application on national security grounds, for any potential safety risk, and with any other relevant consideration.

This section of the process can turn into a bottleneck, should USCIS identify any adverse factors that would warrant denying either the primary petitioner or a qualifying family member eligibility on what are known as ‘inadmissibility grounds’. There are two main categories of inadmissibility grounds:

Due to the complexity of such factors, and the amount of evidence that must be submitted in assessing things of this nature, USCIS will not consider applications that present issues undergrounds of inadmissibility as part of any BFD review. For that reason, it is advised that an application that might involve such factors be submitted alongside an appropriate inadmissibility waiver. Retaining the services of a trained immigration attorney should be a priority for any prospective noncitizen who finds themselves considering this problem.

A determination for finding or denying a BFD is not the end of the process. And we, unfortunately, cannot say for sure how long that process will even take right now – best guesses are that a BFD finding should take between six- and nine months from initial submission. But until more details are provided by USCIS, or until enough of these BFD determinations are issued that a baseline can be established, there is not a lot that can say with certainty about the timelines expected with this process.

With that being said, let’s look at some of the guidelines that USCIS has provided, to get a sense of what falls under the discretionary authority of USCIS in situations where they must adjudicate a BFD decision.

Fairly self-explanatory. USCIS will conduct a background check on any person submitted for a BFD determination, relying on a variety of law enforcement databases to flag any reports regarding arrests and/or convictions. Being flagged in such a database will not trigger an automatic rejection of the underlying benefit application, but it does mean the benefit will be subject to a more extensive, lengthy evaluation.

For this reason, it is always advisable to be truthful in any dealings with USCIS, and to be forthcoming with any retained counsel about things that might present some issue in the background check process. It is much easier to plan for and address these sorts of challenges proactively, rather than reactively.

If an I-765 has been previously filed, USCIS will use that filing to make the BFD finding. There is no need to re-file the EAD form.

If an I-918 Form has been submitted without an accompanying I-765, then USCIS will issue a notice informing the applicant of such.

If a BFD EAD is approved, the petitioner can be considered to have been awarded a prima facie approval. This satisfies a standard previously used by US Immigration and Customs Enforcement (ICE), as the bonafide determination process is more rigorous than the prima facie standard.

When a Bona Fide Determination is NOT Issued

Any application that is determined to be deficient will be issued either an RFE (Request for Further Evidence) or a NOID (Notice of Intent to Deny). This means that the BFD EAD will not be issued; however, it is still possible that the application will be considered for the waiting list, depending on how the RFE or NOID is handled.

In such a circumstance, it is very much advised to consult with a trained immigration attorney.

Subsequent renewal of the EAD must either be submitted with the appropriate fee or filed alongside a Request for Fee Waiver (using Form I-912).

Be aware that an initial BFD EAD finding will not guarantee future renewals – USCIS will retain the right to revoke employment authorization or terminate deferred action if:

Petitioner’s Residing Outside of the United States

Deferred Action is only applicable to noncitizens in the United States.  Because the BFD EAD process is only for petitioners in the U.S., principal petitioners (and any qualifying family members) who are outside of the country will proceed directly to the waiting list adjudication.

If a principal petitioner is residing outside of the United States and USCIS determines that they are eligible for waiting list placement, the petitioner and any qualifying family members should submit Form I-765 upon admission into the U.S. in order to be considered for EAD. Approval.

Most aspects of the BFD EAD process are automatically applied behind the scenes. Any petitioner, or qualifying family member, who has submitted a Work Authorization application should (hopefully) receive a ruling on that application in the near future. However, the process is set up in such a way that there is not a lot that can be done once that application is submitted, other than to keep tabs on it through the USCIS Case Tracker Portal.

If you are considering applying for an I-918 Visa, or have any questions about doing so, please consider a consultation with a trained immigration attorney, so that you can be fully equipped to successfully see your case through.